A sanitation worker cleans the ticketing area of ​​Nanjing Lukou International Airport, where an outbreak of COVID-19 was reported in August. Photo: CGV

The aviation industry, a major victim of the global pandemic, was forced through another difficult year, driven by volatility in passenger demand and a pandemic that continues to rage around the world.

As China is one of the world’s largest aviation markets, Chinese players are finding different ways to make up for lost revenue, with many saying government support remains critical to maintaining their current operations.

Looking at the performance of each month this year, the industry as a whole has had its ups and downs, initially accelerating, then experiencing a dramatic decline in the middle of the year, only to see an uptick during the remaining days of 2021.

From January to February, travel demand declined due to the pandemic and lockdown policies in some cities, civil aviation passengers recovered only half the level compared to the same period in 2019.

However, entering July and August, due to the spread of COVID-19 in Guangzhou and Shenzhen in southern China, the recovery began to slow, travel demand fell precipitously following a cluster of imported cases. via Nanjing Lukou International Airport in August, with the number of passengers in August was only 36.6% over the same period in 2019.

The recovery accelerated later, but the emergence of Omicron again dampened the pace of growth.

In the week ending Dec. 24, domestic air capacity fell 31% from 2019 levels and 41% from 2020. Unlike nearly every other major aviation market, observers market even said that China’s domestic aviation industry performed better in 2020 than in 2020. 2021.

China is not alone. Many countries in the Asia-Pacific region have adopted stricter measures on international travel, which have affected airlines. On the other hand, benefiting from the relatively relaxed travel restrictions in Europe and the United States, the aviation market there recovered strongly.

Countries hope to resolve travel restrictions through high vaccination rates, as Singapore has partly resumed passenger flight operations due to the vaccination of an overwhelming majority of that country’s population. However, the threat of imported cases means the market recovery remains fragile. For example, the Omicron variant caused the exchange of people between Europe and the United States to fall back to 2020 levels overnight. 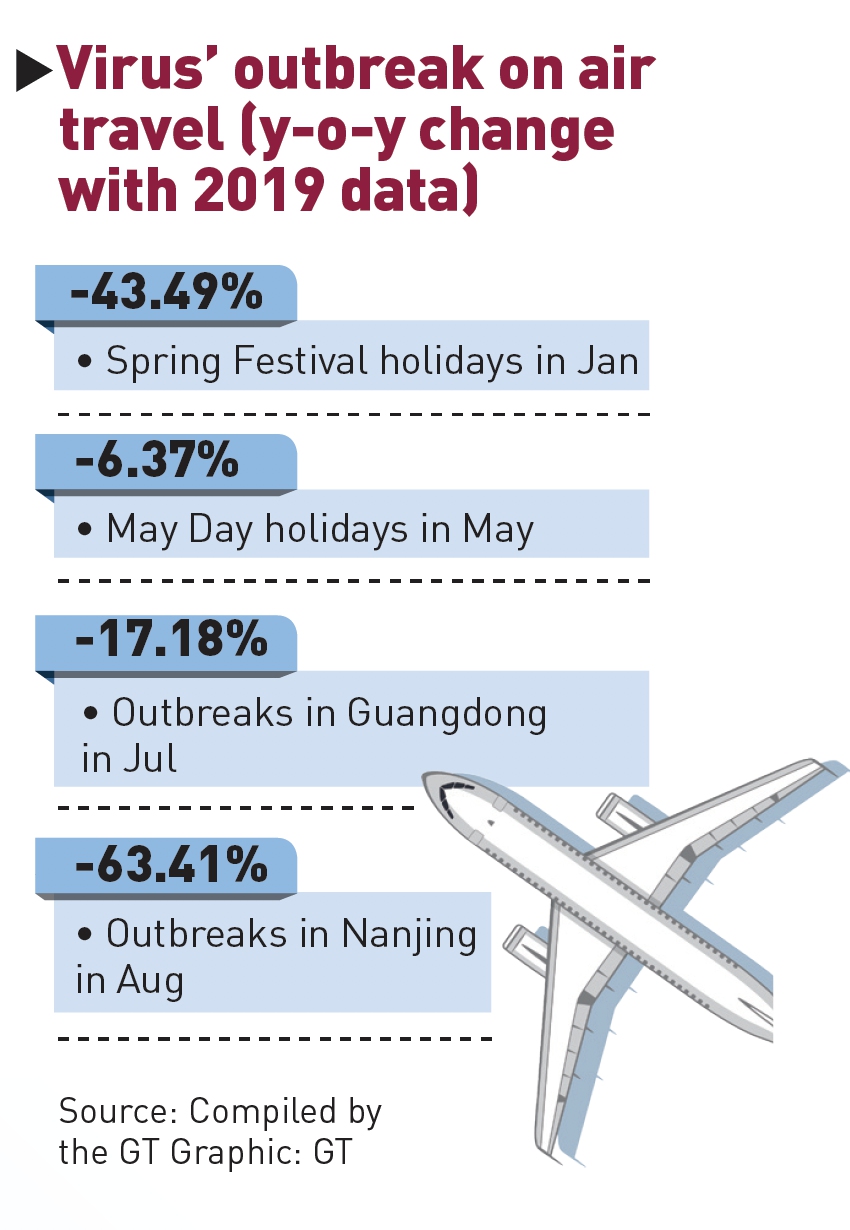 What will happen next year? Will China’s commercial airlines continue to struggle?

There is good news on the horizon. A total of 1.274 billion Chinese have had a full course of vaccination against COVID-19, meaning 85.64% of China’s population is fully vaccinated, according to the National Health Commission on Wednesday, which shows China gradually builds a wall of immunity.

With the advancement of vaccination, the aviation market demand is expected to rebound strongly during May Day holiday, summer peak and even National Day holiday in 2022.

But it is clear that the performance of airlines is mainly based on long-haul routes, on which many uncertainties remain.

It is hoped that in 2022, part of the international passenger transport market will gradually recover and restrictions on international travel will be gradually lifted, most experts also believe that the air cargo sector will continue to flourish.

Meanwhile, the domestic market may have a number of supporting policies introduced next year, such as the reform of the fuel surcharge adjustment mechanism to adapt to changes in international oil prices.